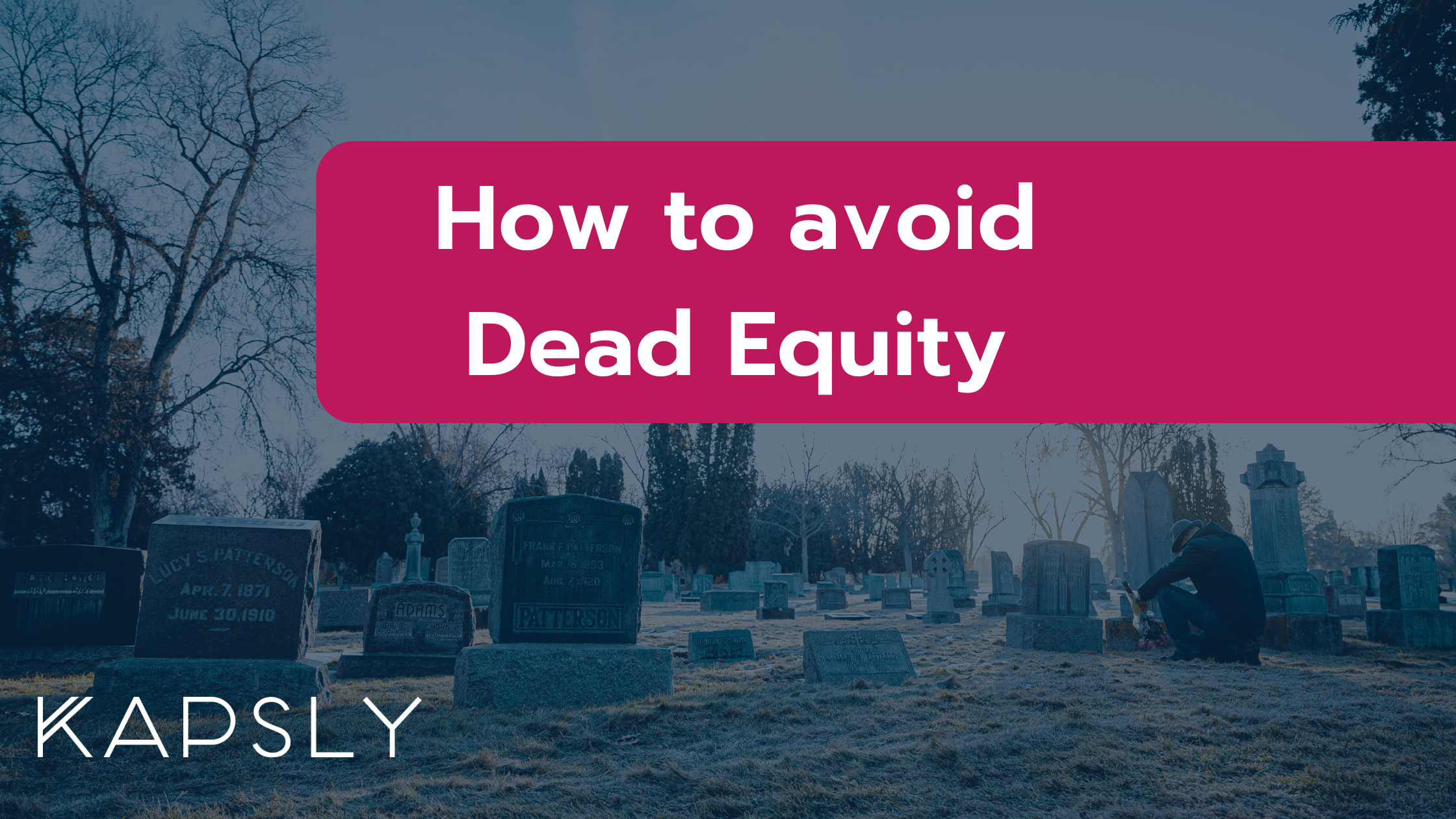 Why do cofounders usually start to fight? Either because they can not agree on how to split equity in the beginning or later when a cofounder leaves prematurely. The former can be solved over a long weekend usually. The latter can lead to costly legal battles and the ruin of your company.

What makes it dead equity?

The term “dead equity” is used to describe the passive ownership of Startup shares, usually from co-founders or early supporters, who are no longer active in the company but still hold a significant amount of equity. Commonly, the remaining shareholders are not happy with dead equity and would prefer a cleaner cap table.

Let’s consider the scenario where a co-founder has vested a large portion of their shares and your company has already raised money in the past. With that you have a significant company valuation (based on future expectations), giving direct value to your shares.

Now that co-founder wants to leave the company early. What happens with their equity in case of a bad dispute, or even when you leaver on good terms because life just changed their situation?

Hopefully, you have defined the difference between a good leaver and a bad leaver.

If it is a bad leaver it is simple. They should not keep any equity (maybe a simple refund of cash contributions).

With a good leaver it can be a bit more complex. If the shareholders agree that they are still valuable to the company, the co-founder can keep the vested shares, or a part of it, Ok easy.

But what if a good leaver should not block the equity or just wants to get out?

Since you have a company valuation, technically you know how much their shares are worth. But are they really worth so much? Has the co-founder deserved so much money? Often the company valuation soon exceeds the value of their contributions after they left, even when you still don’t know if your company is going to succeed all the way. A premature exit is unfair to everyone who remains committed to the venture.

Obviously, every founder contributes a lot and does not get as much money as in a similar job they could have. The value of uncompensated contributions gives you a good indication about how much the good leaver should get. In hindsight that makes sense, but often this scenario is not defined, and nobody knows how much they have contributed. The solution is actually really simple, just track your time and other contributions, for example revenue and savings that cofounders bring in. This way the value of everyone’s contributions is always transparent and traceable. For the early phases you should consider a risk factor, since earlier supporters take higher risks.

To value everyone’s contributions does not just help if a cofounder is leaving, but also gives you a good indication on how to split the equity in the first place.

Now you are probably thinking; “sure makes sense, but valuing all these contributions sounds like a pain”. It does not have to be. We developed bootstrpd.com to do exactly that. Simply define everyone’s market value and enter your contributions there. The tool automatically values them and shows you a cap table based on the value of everyone’s contributions.

All you have to do now is to define this scenario in your good leaver clause and agree on it with your shareholders.

You can avoid a lot of bad blood later on.

In this article, I aim to take a closer look at convertible loans and some specific terms that every founder should know if they consider entering such an agreement.

What is brand identity design?

As a business owner when you are starting a new brand, here's what an obvious to-do list can look like: you need a product or service, a name for your brand, a logo & a...